Pull up a seat and get a beverage, we’re going to wander off towards story time a moment. About a year ago, Master Brand and I got chatting at an event. The conversation wandered, as it usually does when we get talking (and often people back away slowly, but that is wholly besides the point), but it settled on the fact that both of us had blogs that were various degrees of neglected and how we both missed having that outlet to share what we’d been working on. So we came up with a challenge to each other. A blog post a month for AS 54! That seemed very reasonable, not terribly onerous, and well achievable. 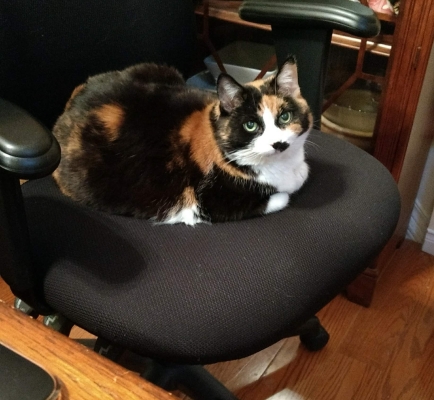 Totally bribing you to read with cute cat photos.

It very quickly came clear that both of us were going to blow past a measly 12 blog posts in a year. I’m not sure how many Brand ultimately managed to write, but I was settling into something that was nearly weekly. So I thought to myself.. Self.. how about instead of 12 blog posts in AS 54.. we aim for 50 blog posts in AS 54! Assume that at least a couple weeks are going to be silly (Holidays, Pennsic..) but 50 is a nice round number, this seems doable.

And so.. off I went on my quest. And at various points, I was keeping up pretty well, and sometimes I got off track, but early in 2020 I counted up my posts and realized that I was nicely on track. I needed a couple extra beyond one a week, but that’s not /so/ bad. 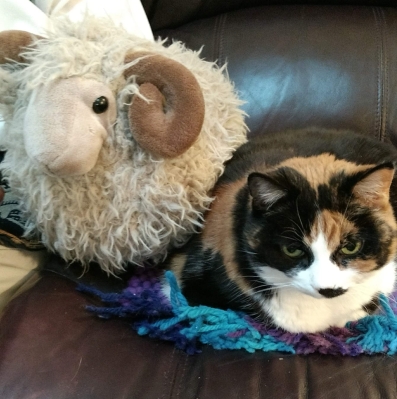 How about cat and stuffie pictures?

And then the world kinda went a little off the rails and things got complicated. Not just in terms of working from home, and getting used to that, but it’s very hard to be creative and productive and to write about those things while most of your brain power is diverted off in other directions. So I assumed, like many things right now, hitting the mark was just not in the cards. Until I stopped and actually /counted/ last week and realized that I had 47 posts done. That was shockingly close to 50, and so you, dear readers, got inundated with three in quick succession so that I could hit my goal!

I have enjoyed this an awful lot, and I’m hoping you folks have too. I don’t post brilliant works of literature, and I never know if anyone’s actually interested, but it is a great motivator to work on things so that I have something to tell you about. I am absolutely planning on continuing in AS 55, even without a challenge from Master Brand. I’ve got some thoughts on new content, and there’s always the monthly embroidery pieces to share. May is counted work, and I’m super excited to tell you all about it. I periodically muse on joining the many people doing podcasts or youtube channels, but besides the fact that I am the least photogenic human, I’m not sure many of my tasks and projects are well suited to live streaming or video taping. There’s an awful lot of ‘and now we do this for 50 hrs while it doesn’t seem to change much’, which is not the most compelling of viewing.

Comments, critiques, suggestions and topic requests are always welcome. I appreciate when folks take the time to comment either here or on Facebook where I post the link. Onwards and upwards!